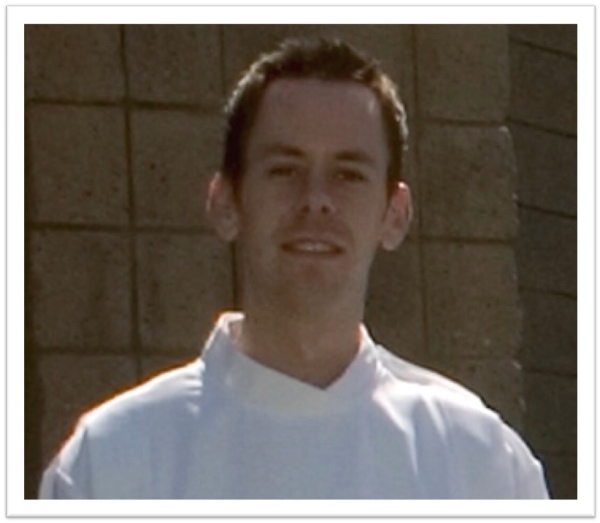 Born in South Milwaukee, WI, John began studying piano at the age of seven while growing up in the Chicago Suburbs.  At age twelve he transitioned to organ study.  His first job ever was in high school as Assistant Organist at a large Roman Catholic parish.  He moved to California after high school where he studied music theory & composition, choral music & conducting, and theology on the medium-sized, private (Roman Catholic) campus of the University of San Diego.  John continued with five years of graduate studies in liturgy, liturgical music and organ performance at the also private (Roman Catholic) Santa Clara University in Silicon Valley in Northern California.  John has worked in parish liturgy and music for over twenty years with his last parish position being Director of Liturgy and Music at the largest, most culturally diverse parish in the Diocese of San Diego. John has led workshops in various diocese’ on many different liturgical and musical topics, especially focused on reimplementing the Church’s tradition of sung liturgy (including singing the “propers” rather than replacing them with another hymn or song [which is the practice at most parishes], however, it is not the liturgical music tradition of the Church, nor what the Roman Missal and all current abiding Church documents on music call for as the ideal)!  Sung liturgy in itself (which again has always been the Church’s tradition and ideal and was the norm in the “beginning” and is still called to be), unfortunately, is a rarity in Roman Rite parishes.  John has designed workshops to help revitalize this important tradition of the Church, that help and instruct dioceses and parishes on how to easily get their clergy and laity to learn and implement sung liturgy.   John also continues to compose and publish (GIA Publications, inc.) with the goal of composing choral music accessible to the average, volunteer parish choir (that still has interesting harmony, good voice leading and scriptural texts) as well as ritual music (particularly simple settings of liturgical texts like the ”propers”) and his newly released (GIA published) simple, modal, plainchant, a capella setting of the “Song of Farewell” (official OCF text) which is something much needed! This sung, rich-theological text is often replaced with another song at funeral Masses while the body is being incensed (hopefully John’s setting can make this liturgically appointed, sung text accessible to all)!  In addition to liturgy/music, John’s other passions are aviation, with over one thousand flight hours under his belt and Emergency Medicine “in the field” (EMS/Paramedicine).

John has many popular workshops and is also available to customize a workshop on any topic in sacred/liturgical music, liturgical theology, history, ritual theory & practice, for your parish, worshiping community, diocese, educational institution, etc.  For more information see the Workshops page.